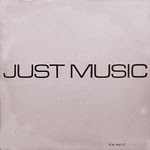 This is one of those free improv/experimental jazz gems from ECM's 1000 series that hasn't been reissued. I'm not very good at writing up jazz-related reviews but I'll just say that this album is all over the place and if you like the same kind of craziness on the Music Improv Company or Wolfgang Dauner's Output LP's you'll like this (both of which were released on the same series). The largely obscure personnel is as follows:

There are just two side long tracks, titled Stock - Vol. - Hard and Just a Moment.

Awesome! Never heard of this one at all, at least nothing about it. Thanks for the capsule review (very concise, BTW...yr description of jazz-wank-soundz is more than adequate...no need for disclaimers!) and for taking the time to pass this rarity on. Many thanks! See at SFRP or elsewhere.

Thank you for this rare gem.

i just found this one and wolfgang dauner's "output" at a house sale,both like new.it is also ecm's second release.hard to believe that it was almost 40 years ago.found you website while looking for info on the players.you're correct,they are very obscure.

Did you see Just Music
in Wikipedia?

Thanks so much for your article, very helpful info.
6 flags over texas | furniture stores phoenix | cars for sale buffalo ny