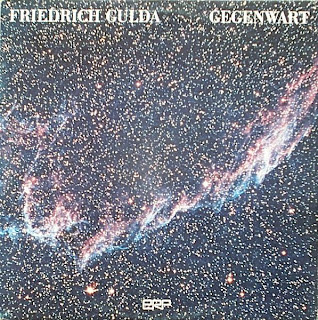 Link
Posted by thunderperfectmind at 10:44 PM

Two more from my request list! Man, you're spoiling me! Mega-thanks for posting these.

Thanks very much for the Friedrich Gulda and Ray Russell albums! I enjoyed both very much. I wouldn't say the Ray Russell album has any 'heavy rock' on it, though... loud guitar freakouts, certainly, but nothing approaching actual riffs and/or rock.
regards,
Chris

About Gegenwart: it isn´t for everyone, modern music on its hard meaning, dense, strange, asks a lot of attention, but very interesting. Thanks for post it!

This album has been reissued by Mike Kings Reel Recordings label

I saw really much worthwhile data above!

is a re-upload possible ? please.
thanks thanks