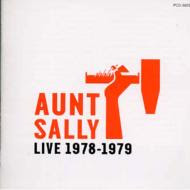 This is the same proto-no wave band from the Japanese Vanity label. This isn't as good as their studio album, and the sound quality isn't the best, but it's a nice item to have for those into the whole Vanity/Voice records thing, or those interested in no wave and the like. Includes covers of My Generation, Blitzkrieg Bop, and a few others.

Mastered by Tetsuya Kotani at Omega Sound
Produced by Keiichi Ushido
Photography: Yuichi Jibiki, Jin Sato, Takashi Suzuki, and others
Art direction and design: Takashi Miyagawa
Includes liner notes in Japanese by Shunichi Otaka, and a conversation in Japanese between Phew and Bikke

Thank you very much for this wonderful weblog.

That last comment is a bit ridiculous, huh?
Anyway - downloading for a friend who was having trouble - he wants me to thank you.

I would like to exchange links with your site www.blogger.com
Is this possible?