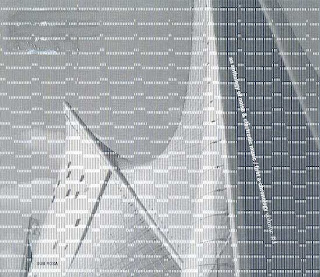 This is the first in a series of volumes released by Sub Rosa in an attempt to map out the history of electronic music in the 20th century, much like the OHM+ box set but this one came out a little earlier, I believe. This is the only volume that has not been reissued, and so copies are scarce and go for hundreds of dollars already. It's got some good stuff on it and even if you're already really familiar with the history of early electronic/noise music it's still very valuable, as it has many unreleased pieces that aren't found anywhere else. The actual CD comes with an extensive booklet detailing each piece and so if you ever find this for a decent price it's a good idea to snag it while you can. Includes unreleased tracks by Luigi Russolo, the Dream Syndicate, Einsturzende Neubauten, Sonic Youth, John Cage, Ryoji Ikeda and others. I personally find the comp invaluable for the Walter Ruttman track alone: it's an unreleased track, originally compiled in 1930 of, by his definition, a "silent film", which was originally played in a theatre in which the audience watched a blank movie screen the entire time; it predates many later works by Cage, Schaeffer and others. Here's the full Tracklisting:

Download here and here
Posted by thunderperfectmind at 6:06 PM

I have all four volumes of this series and think they are fabulous. You have good taste. I like most everything you post. Keep up the good work. Cheers

Looking at your want list i'm thinking perhaps you would enjoy the catalog of my friends' publishing operation: Xexoxial Endarchy. (http://www.xexoxial.org/)

I swear I saw some Lawrence Weiner there when I did an apprenticeship with them years ago, but quickly perusing their on-line catalog this morning I can't find it. I'm sure mIEKAL aND at Xexoxial could at least point you towards some Lawrence Wiener material. The rest of the Xexoxial catalog is definately worth checking out as well.

Also, in this file sharing forum I take part (http://skafunkrastapunk.com/forum/index.php) there are some Phillip Corner recordings posted (http://rapidshare.com/files/20815921/Philip_Corner.rar.html) as well as some other related material, including the Wergo Fluxus release with Philip Corner/Alison Knowles/George Brecht (http://www.mediafire.com/?9tyzmdmmmhg)

I'm off to check out more of your posts - thanks!

thunderperfectmind - this one seems sublime! since i first got my hand on the dada/futurist-collection from sub rosa, i'm a big fan of many of their releases.

some of them i posted over at my blog.

ok - i have to add a few things: while downloading this, i took the time and strolled your entire back catalogue (posts) - and i'm really impressed, what wonderful shares there are, MILAN KNIZAC, MARCEL DUCHAMP, L. VOAG - just to name the ones I download....

I'm sure I will often return to your site - one never know what excellent diamond will appear...

cheers - and keep the spirit!!

Thank you for sharing this!!
I was searching alot Poème électronique and Concrète P.H.

It's nice to see a compilation with DJ Spooky, Einsturzende Neubauten and Schaeffer, Russolo, Varèse and Xénakis.

This made my day!

Thank http://stopfatgain.com you for your post, http://stopfatau.com keep it up posting exactly the same stuff, http://notasinglepound.com I would surely be keen to hear extra stuff you.

It's all wrong what you're writing.