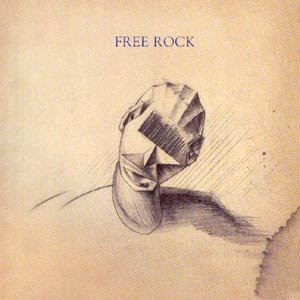 "Long-awaited archival collaboration from 1982." The Doo-Dooettes, mainstays of the LAFMS, were: Dennis Duck (drums), Fredrik Nilsen (bass), Tom Recchion (home-made instruments: mock cello & strungaphone), with Rick Potts (guitar) and Haino (guitar). Keiji Haino was visiting LA shortly after the release of his first solo album on Pinakotheca Records and this impromptu session was recorded on August 3, 1982. The first ever release of this one thirty-five minute piece (titled by Recchion: "Blueprint For The Shimmering Quivers Of The Deep Purple Ultraviolet Tuning Fork"), recently discovered in the cassette collection of Dennis Duck, unheard for 18 years. Liner notes & cover artwork by Tom Recchion.

What more needs to be said?

Copies can still be found at Forced Exposure
Posted by thunderperfectmind at 12:49 PM

Hello
accutane cost
It decreases the sebum output and stabilizes keratinization that makes cells sloughed off and inhibits formation of comedones.
[url=http://www.faceuptoit-youcan.com/]accutane for acne[/url]
The high dose treatment is only considered as last resort because it would lead to adverse side effects.
http://www.faceuptoit-youcan.com/ - accutane without prescription
This drug is retinoid that is derived from Vitamin A and it is naturally found in the body in a few amounts.

...please where can I buy a unicorn?